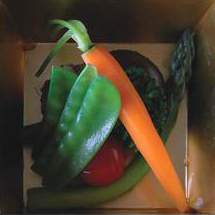 The Kyoto-based chef Tanahashi Toshio is convinced that shōjin cuisine will come to the fore this century as the best alternative to our meat-heavy, fat-saturated, and wasteful diets. He believes the age of gluttonous cuisine, of gastronomy, is over and it’s time to add a fourth star to Michelin’s prestigious three-star restaurant criteria of taste, service and atmosphere—one for “health.”

Born in 1960 in Kumamoto Prefecture, Japan, Tanahashi obtained in Agricultural Economics degree at Tsukuba University. He decided to take up the art of cooking, pursuing what he calls “a philosophy that exists within everyday life.” At age 27 he began a three-year apprenticeship at Gesshinji Temple in Shiga Prefecture, a nunnery with a tradition steeped in shōjin cooking. In 1992, he opened Gesshinkyo, a highly-acclaimed shōjin ryōri restaurant in Tokyo. In 2000, he supervised the food preparation for “Honmamon” (The Real Thing), a fictional TV series by NHK depicting the life of a young chef of shojin cuisine. Tanahashi has been featured in numerous publications including Vogue Japan, Kateigaho, The New York Times, The Sunday Times, The Financial Times and Kyoto Journal. 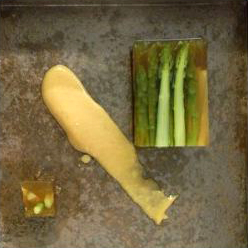 Tanahashi has been active across the globe, hosting events from Thailand to Brazil and overseeing the Venice Biennale reception party as head chef in 2013. He has been invited to demonstrate his style of cooking at the Victoria & Albert Museum in London, and has lectured at the Japan Society in Boston and New York.

After closing Gesshinkyo in 2007, Tanahashi established the Zecoow Culinary Institute in Kyoto. He has recently retired from teaching “culinary arts and philosophy” (shokugei) at the Kyoto University of Art and Design to pursue his own projects. His books include Shojin: Wonder of Vegetables (2003), and The Power of the Vegetable: The Time for Shojin is Now (2008). Until recently, Tanahashi ran a small shop, Sankyo, in central Kyōto where he sold sesame tofu that he made fresh every day.

Tanahashi passionately observes the principle that the art of cooking is not a matter of technique, but rather a philosophy and spiritual striving ingrained in daily life.